Ebay sword dealers offer a lot of customization, including custom hamon. As with the other parts of sword making, that too is outsourced to locals who specialize in it. There are several places, that range from very fast, to very detailed. The lower the price point on a sword sale, the lower the amount they are going to spend on a hamon. Consider a hamon no different than fittings, or a saya. It's just something else they need to add to the sword to make the sale.

I've visited around 10 places that make hamon. Here are some pictures from a few of them. The first guy is one of the better hamon makers in the city. Odds are, unless an ebay buyer has spent over $500, he won't be making your hamon. I've worked with him a few times. His specialty is making double hamon. 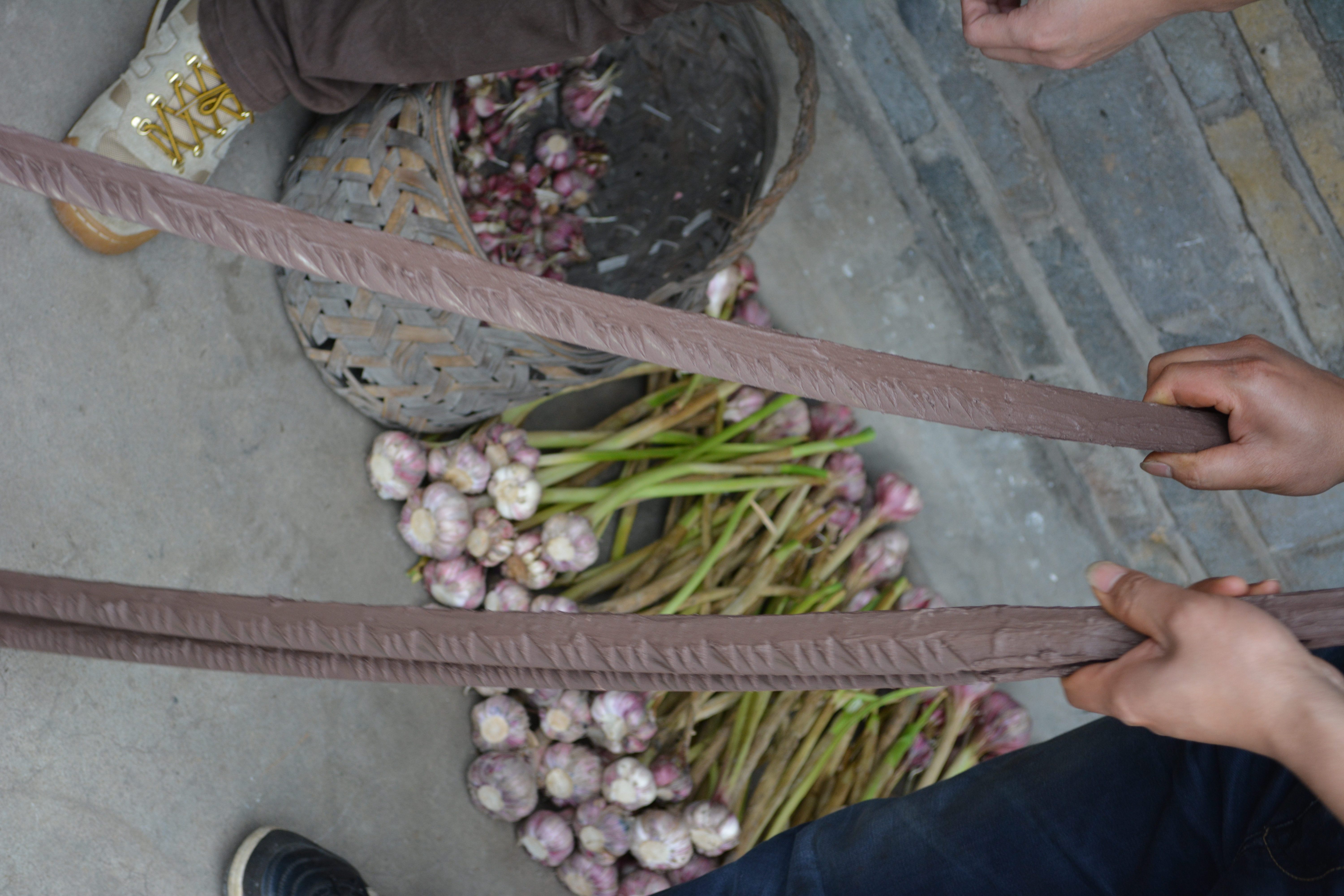 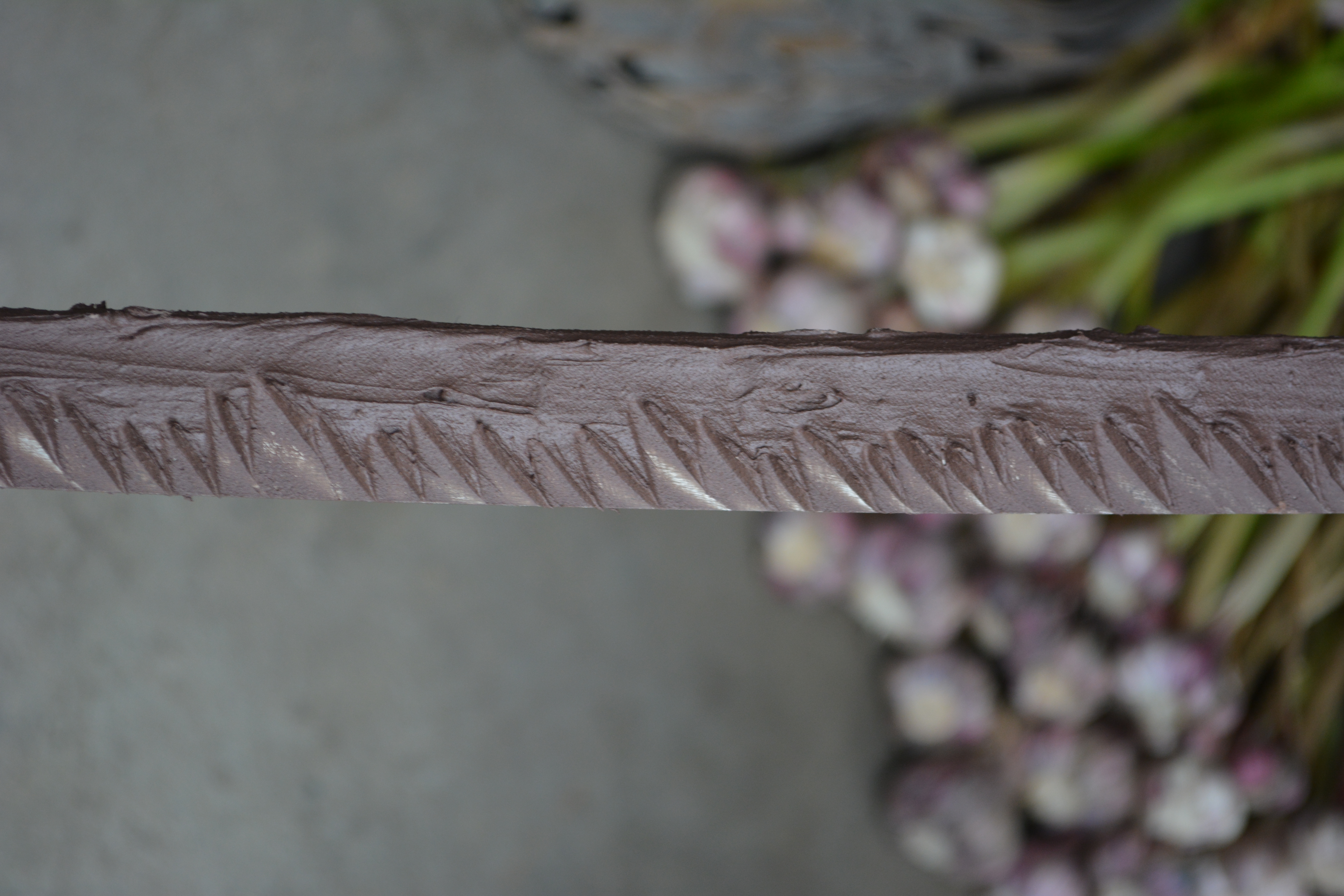 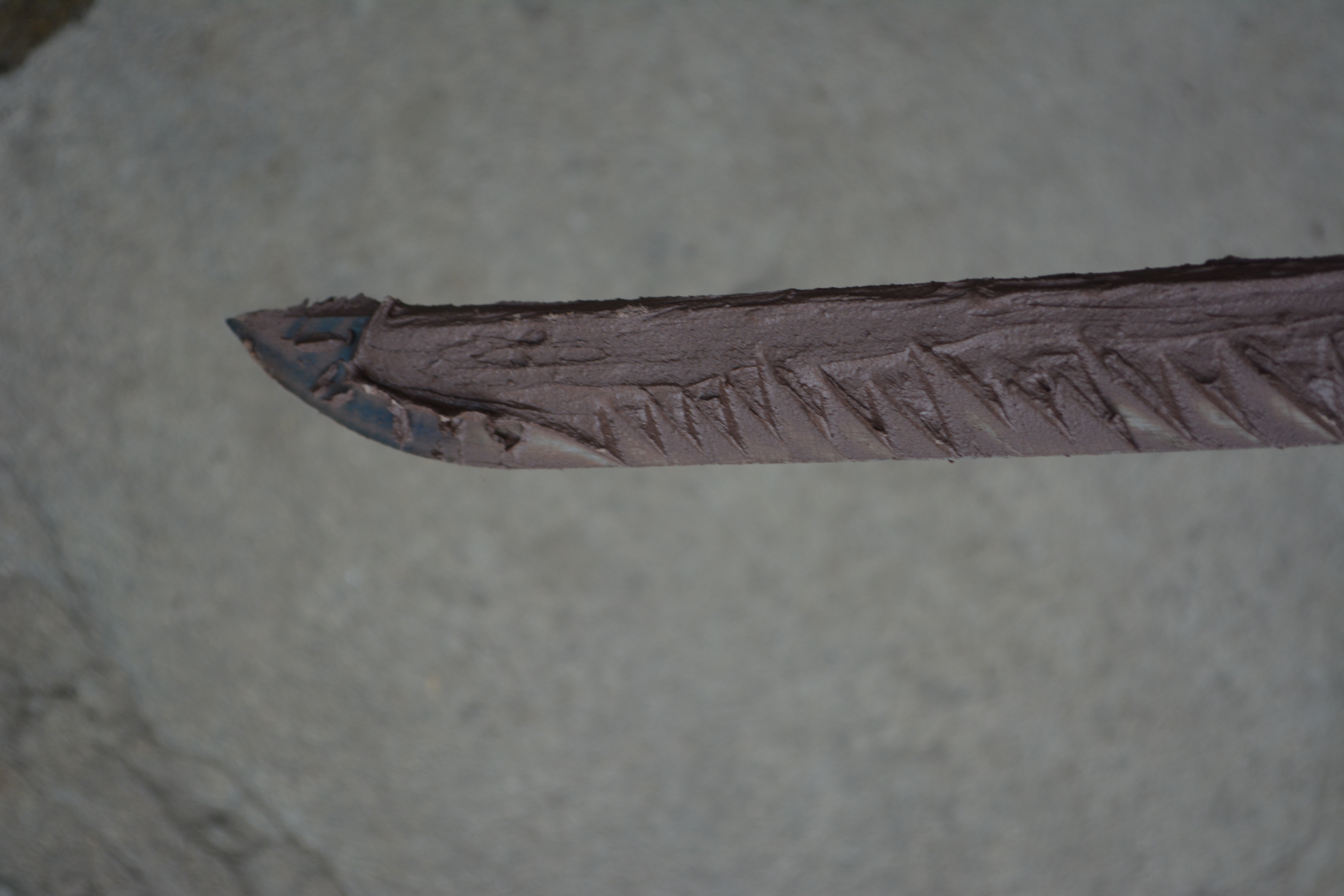 As was pointed out in part two, most of the swords are made in Hammer Town. The only thing that goes on in the shop is claying, and differential hardening. He does not forge sword, or polish them. Those are done by different people. 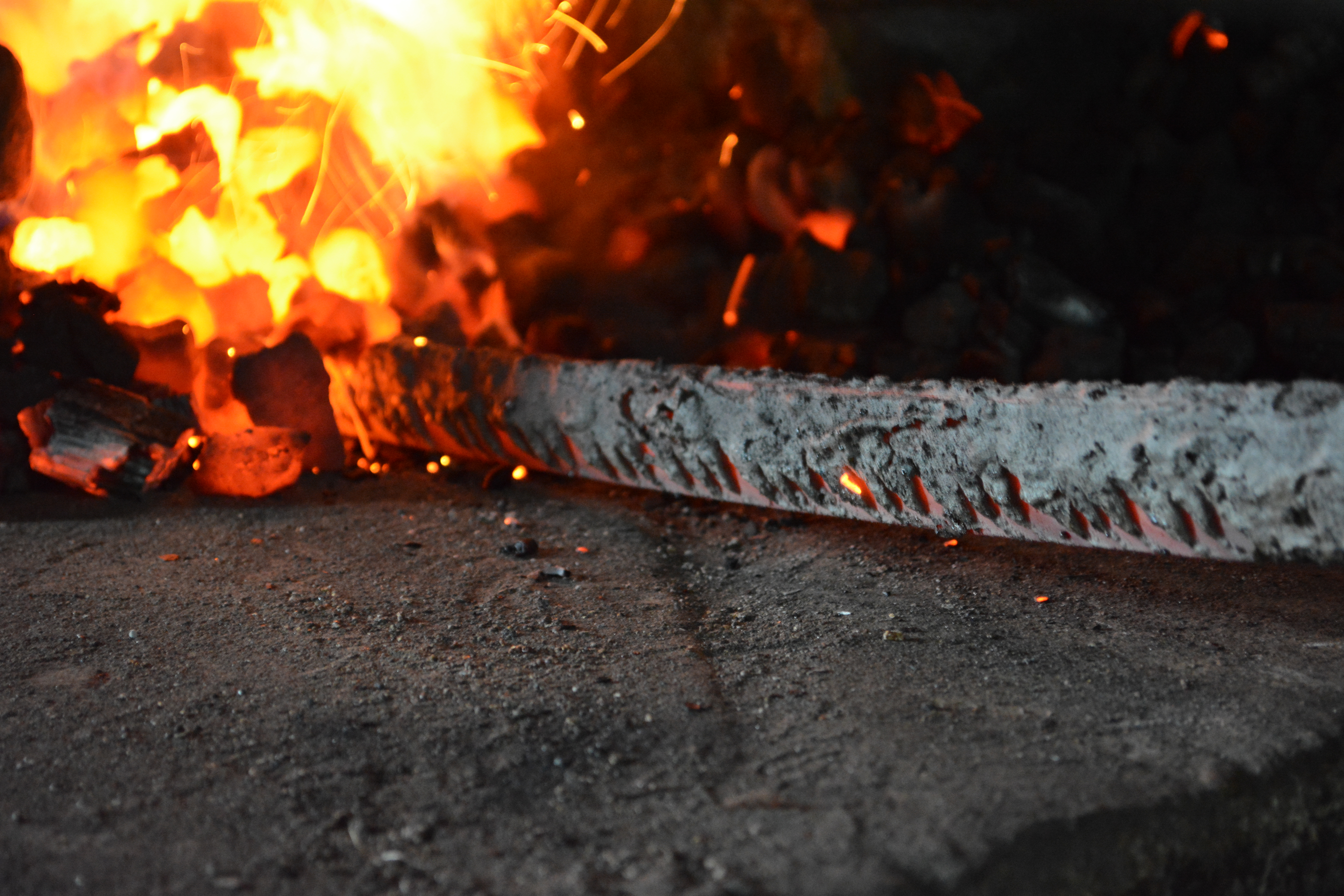 After the blade is heated to his satisfaction, it comes out and goes into the tank. Some places use a rusty tank full of water, and other places use computer controlled tanks with solution in it. Ronin pays extra for the computer controlled tanks as we make thousands of blades at a time, and need the heat treatment to be even across all of them. In this case, clay, carbon, heat, water, and skill are what's called for. This is what a blade looks like after being quenched. A lot of the clay just dissolves and falls off the blade in the water. 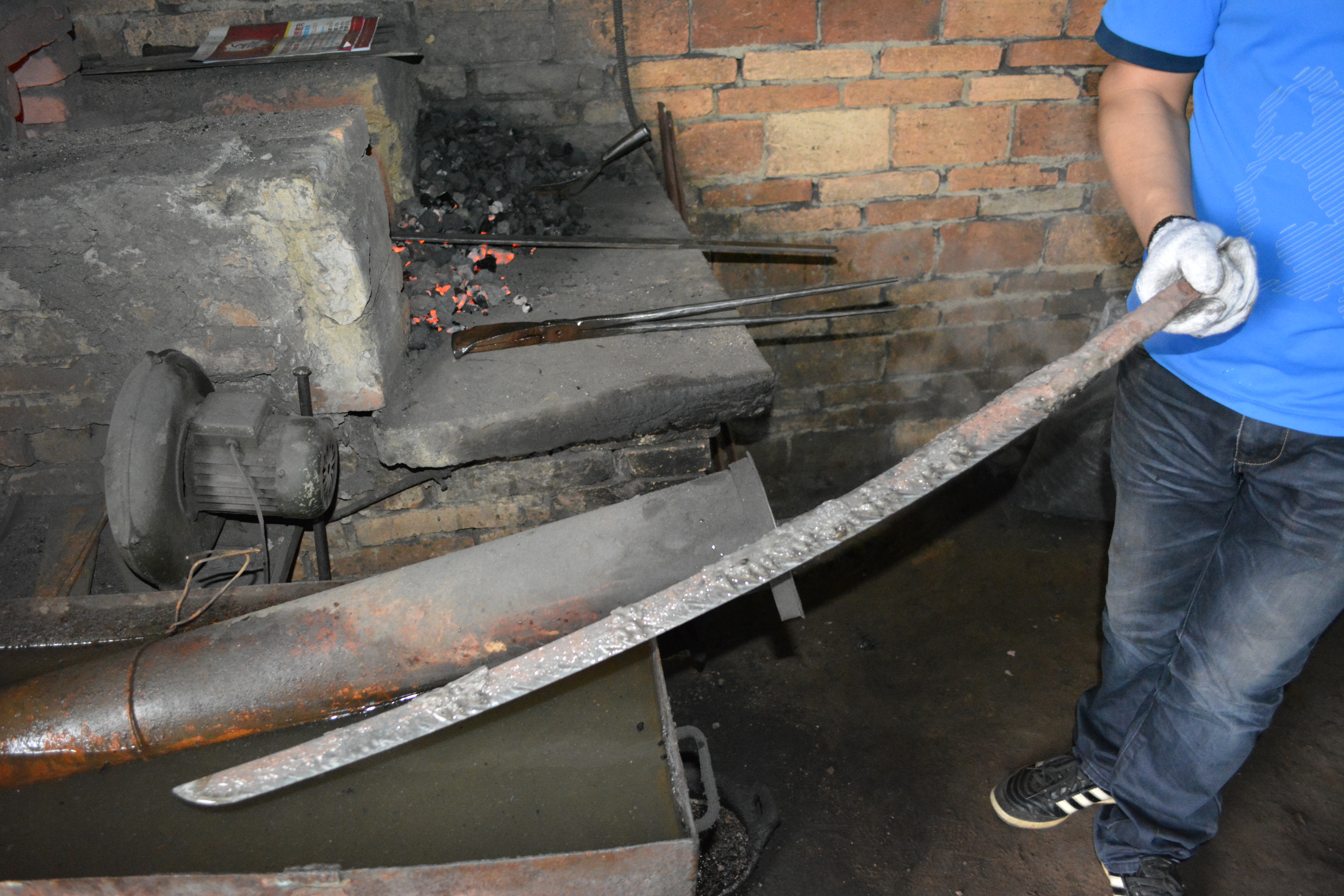 A scraping tool is used to get what remains off, although he doesn't clean it perfectly, and it will travel to the polisher in a pretty rough state. You can see the design that was carved into the clay reflected in the blade. The blade is still pretty hot at this point underneath the remaining clay, which has acted as an insulator. This is how differential hardening is achieved. The edge has no clay, so it gets hotter than the areas covered in clay. 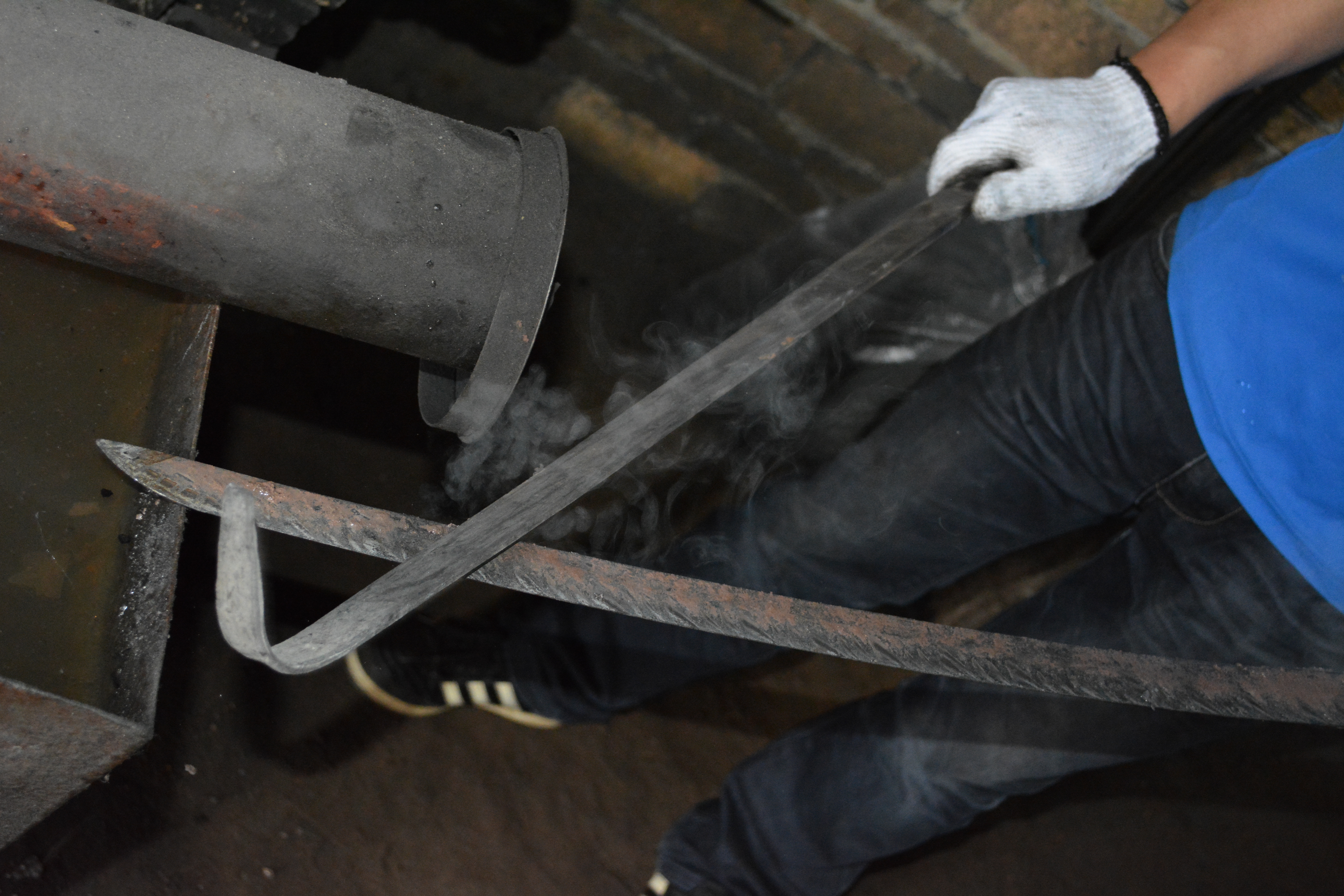 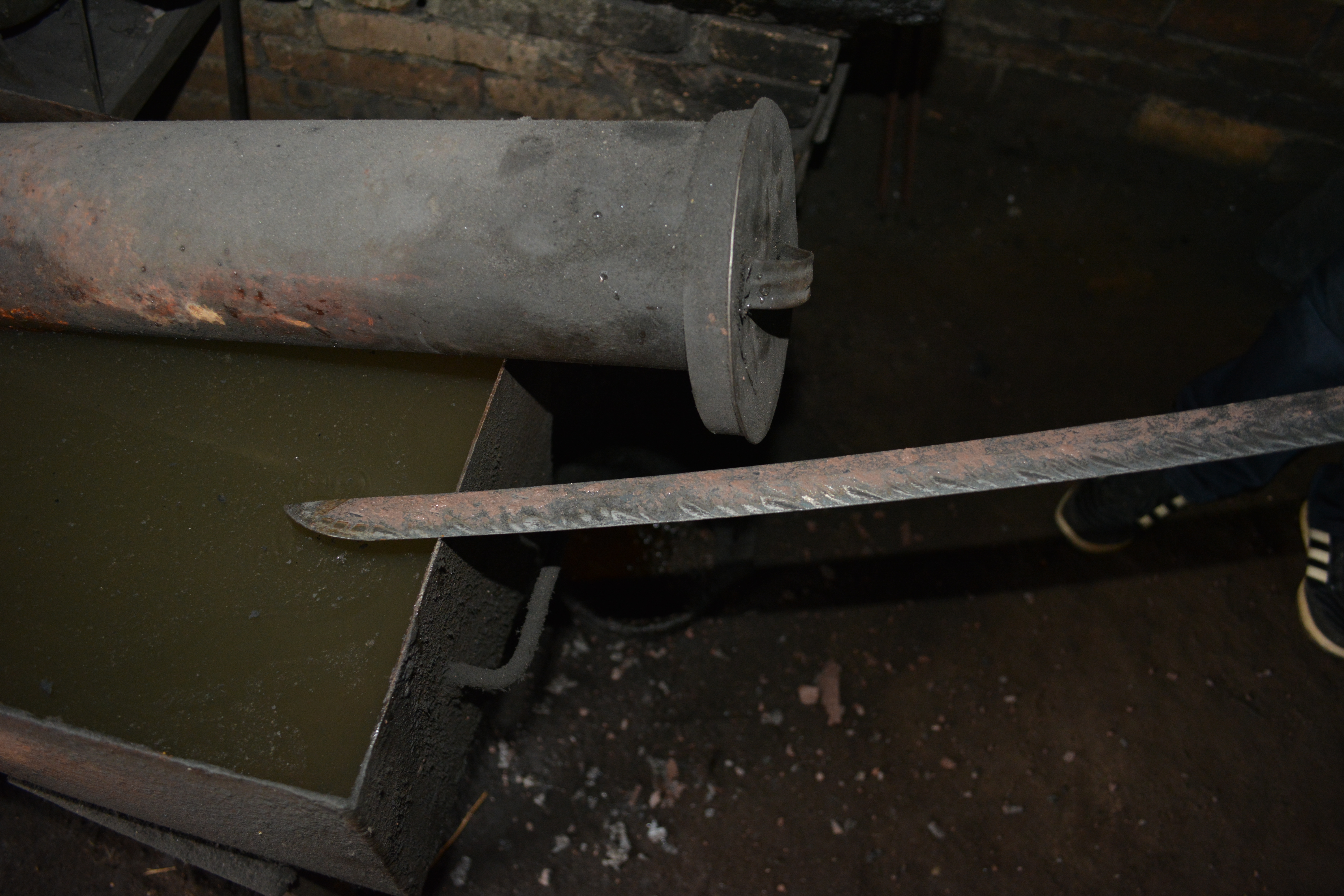 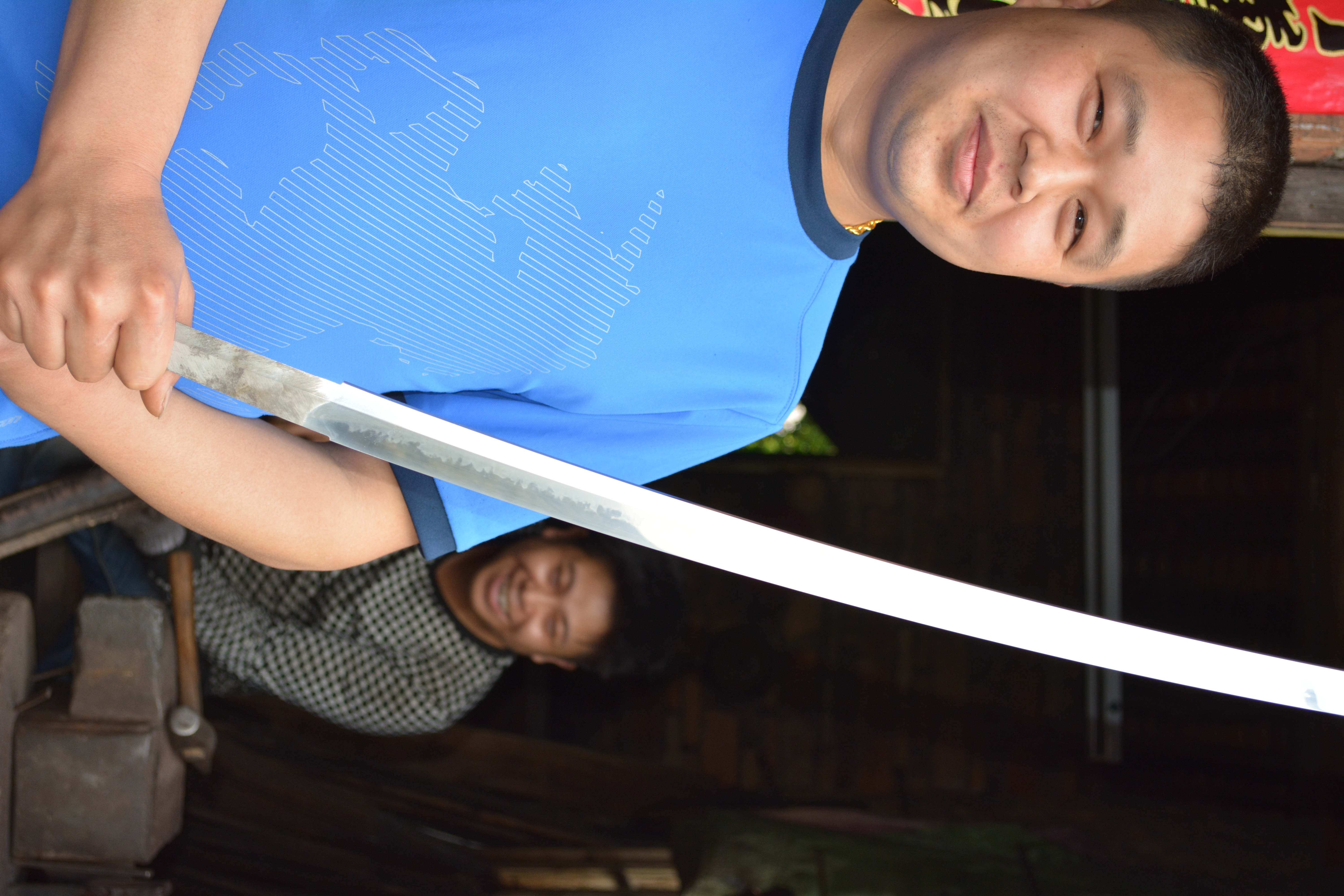