August is going to be hotter than usual this year! DC is finally going to give fans what they have been clamoring for; Suicide Squad. Among the staples everyone knows like the Joker, Deadshot, and Harley Quinn is a lesser know character named Katana. Yep, just like the sword, which is what katana means in Japanese; sword.

Katana started out way back in the early 80's, and has been an off and on again character for DC every since. While she is not packing superhuman powers like Superman, she does have some Batman style martial arts training, and is packing a mystical blade that harvest souls. Not too shabby.

In the movie, Katana is played by Karen Fukuhara. On TV, she is played by Rila Fukushima. Which one is going to do a better job? Who cares! The more hot Japanese women with samurai swords the better!

Okay, so let's get to the meat of what this blog is about; swords!

From the screen shots, Katana is sporting, you guessed it, a katana. Soultaker, forged by the historical Muramasa, is a mystical blade that harvests the souls of those who's lives are taken by it. In the comic books, this bestows additional powers on the user, and from the screen shots, it appears the movie is going to go down that path as well. Looks like quite a few ghostly souls hovering over the blade in this picture. 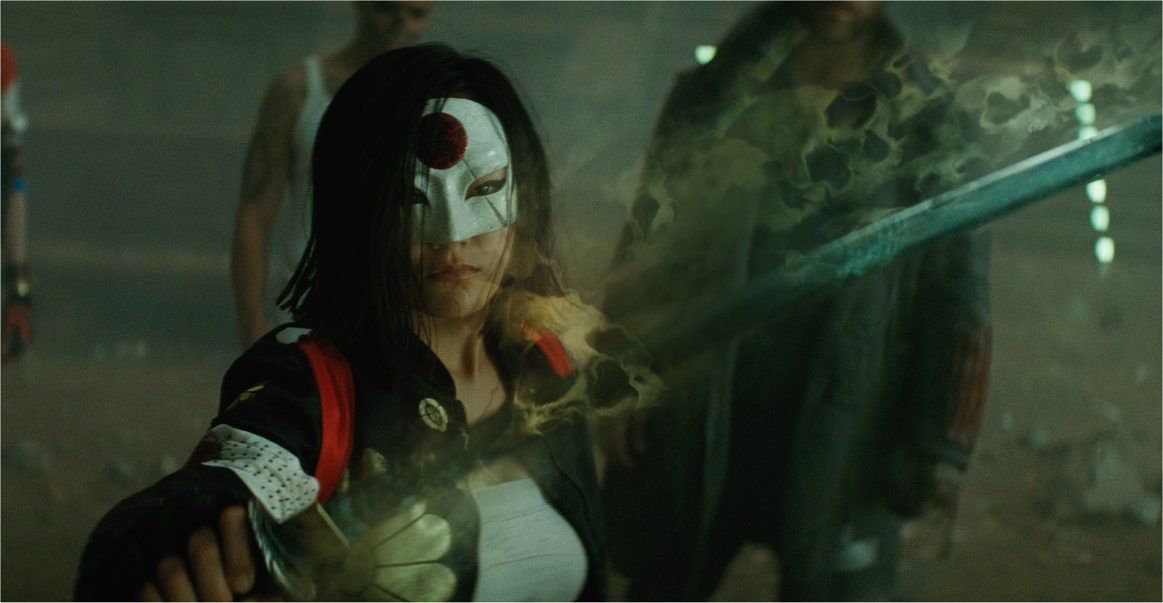 My guess from the pictures, is that this is a 27-28 inch no hi (groove) blade, with a 10 inch tsuka (grip). The tsuba (guard) and habaki look pretty simple, although it's not possible to see the design from these pictures. 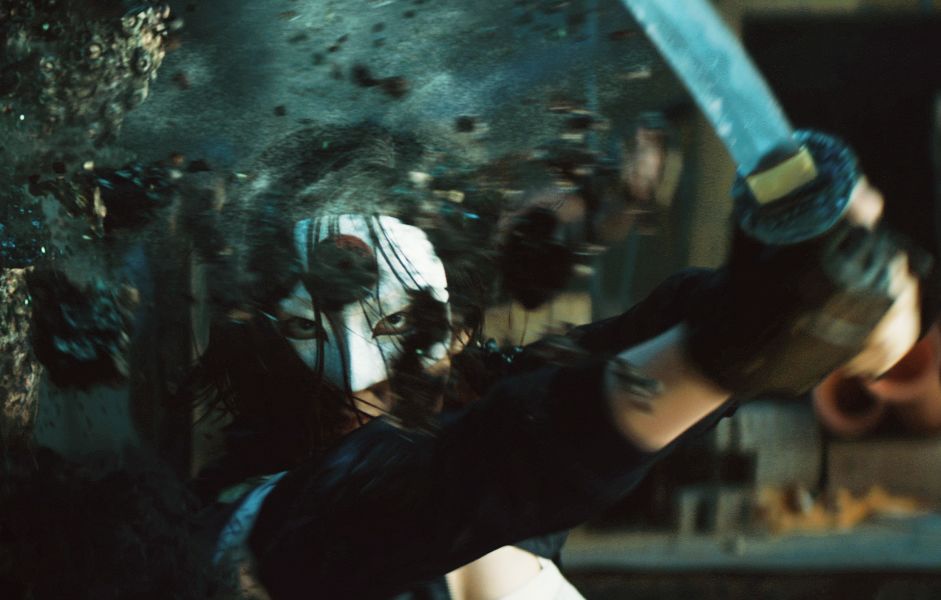 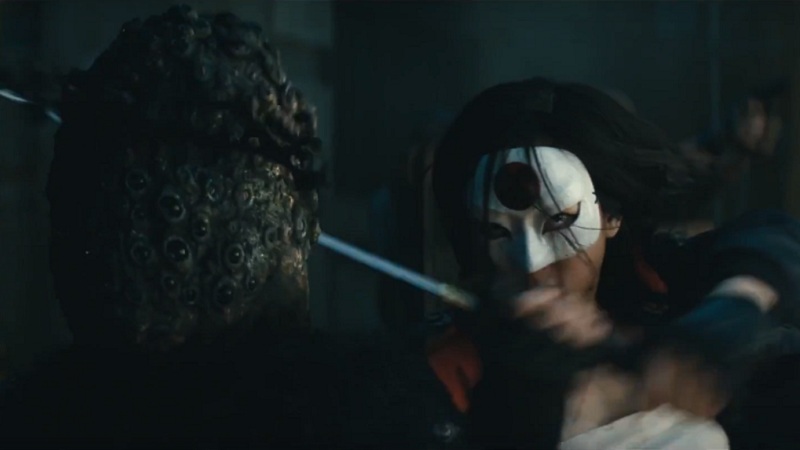 Here's a look at the Katana from the Arrow TV show, which has a much more detailed tsuba.

Unlike most samurai, Katana does not have a wakizashi with her. Instead it looks like she has an o-tanto, which is a very large and effective knife. Historically, samurai would not have used these for fighting, as the wakisashi was their go to weapon for close quarters combat. But, this is the modern world, and I personally have no problem with mix and match styles. On top of that, I would argue Katana is more of a ronin (masterless samurai), and less of a samurai to begin with. Does she look like she has a master? 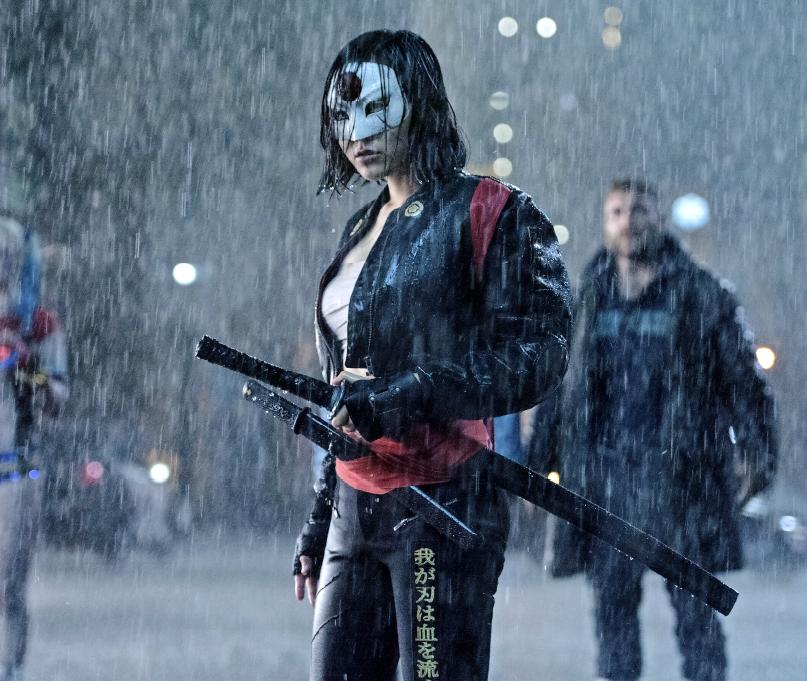 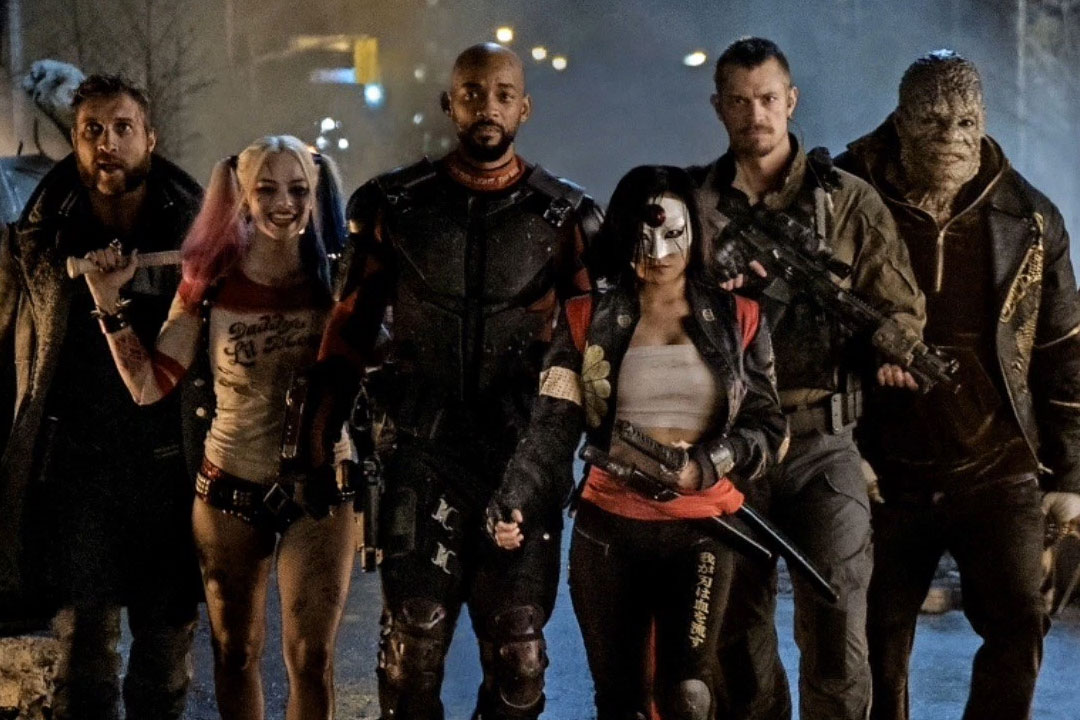 No word yet on if anyone is going to offer a licensed version of the Suicide Squad katana for sale.