China has been making swords for thousands of years, and to this day, sword ownership in China is something successful businessmen and families aspire to. Famous smiths can command prices in excess of $100,000USD for a single jian or dao rivaling, and in many instances, eclipsing their Japanese katana making rivals.

Becoming a master smith follows the same path it has for countless generations. Apprentice to a master, study, learn, get better, and gain recognition through testing. Master smiths in China have three ranks;

Most level one masters work for larger factories, or own small forges. Hanwei employees a few, and one of their former masters gained national attention when set up his own shop and began making swords for Chinese cinema. Rank two and three smiths usually work for themselves at their own forges. The owners of JS Sword and Zhengs, two of the more well known factories, are both masters.

Here's a look at some of the bigger names in Chinese sword making. There are more, which I intend to include in a later blog post. I've personally met and held swords by all of the smiths on this list, and currently do business with four of them for Ronin Katana. They are each capable of turning out amazing swords. Some of them, like Weiping Zheng specialize in blades only, while Xiaojun Hu is equally skilled in polishing, and crafting each part that goes onto one of his blades.

I'll post some of their works, and pictures of my visits with them in later blog posts, so bookmark the page if you are interested. 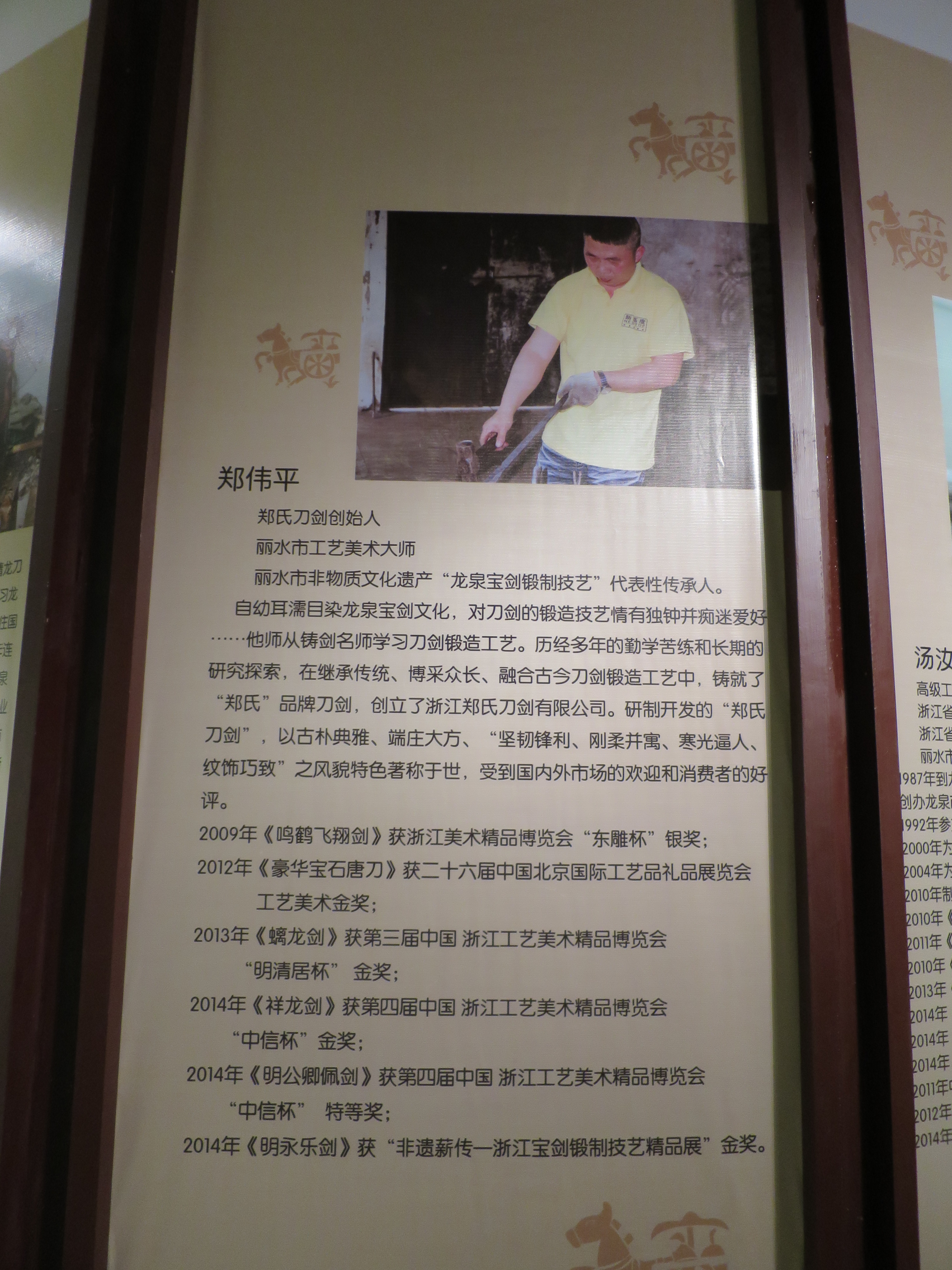 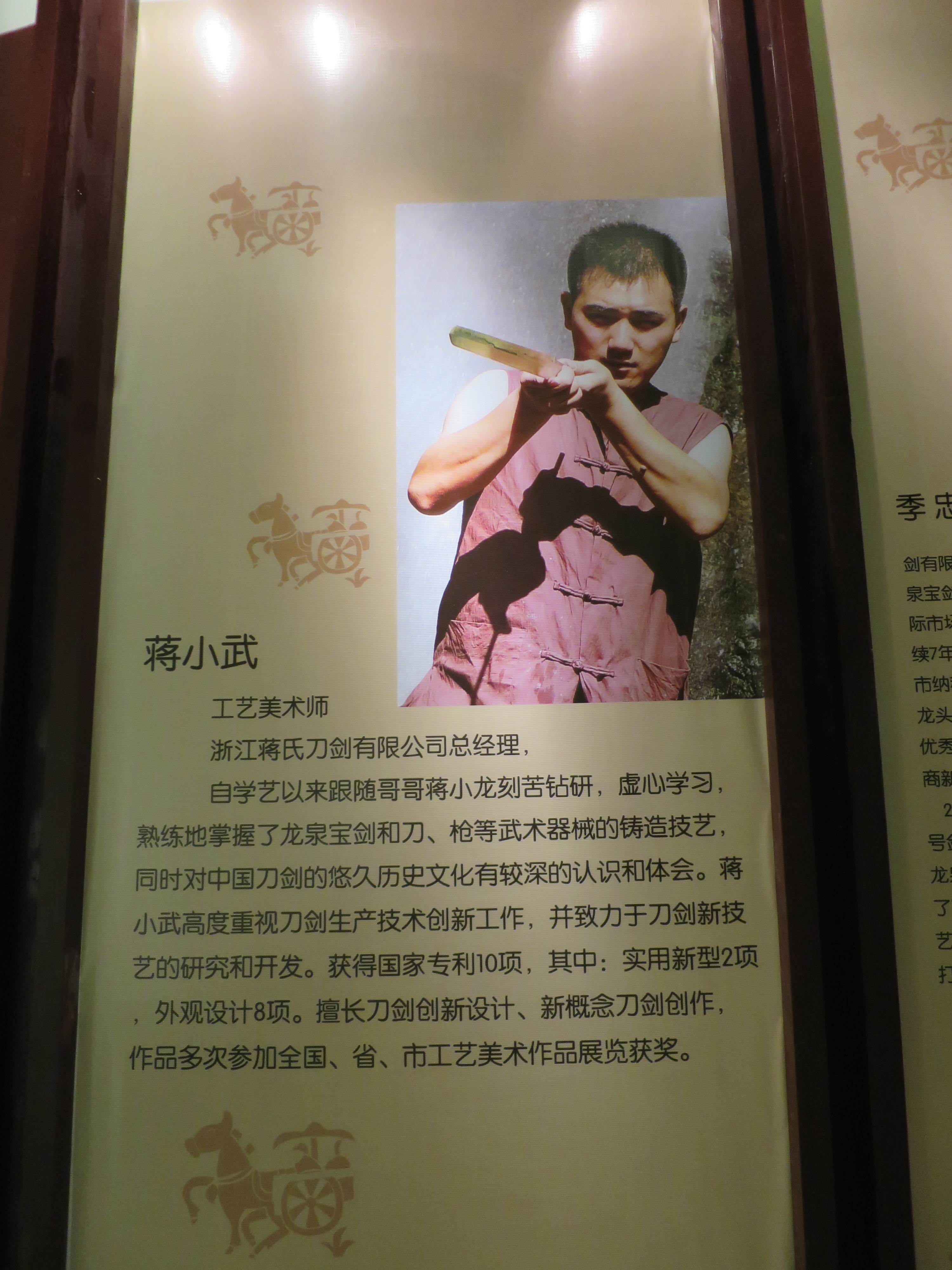 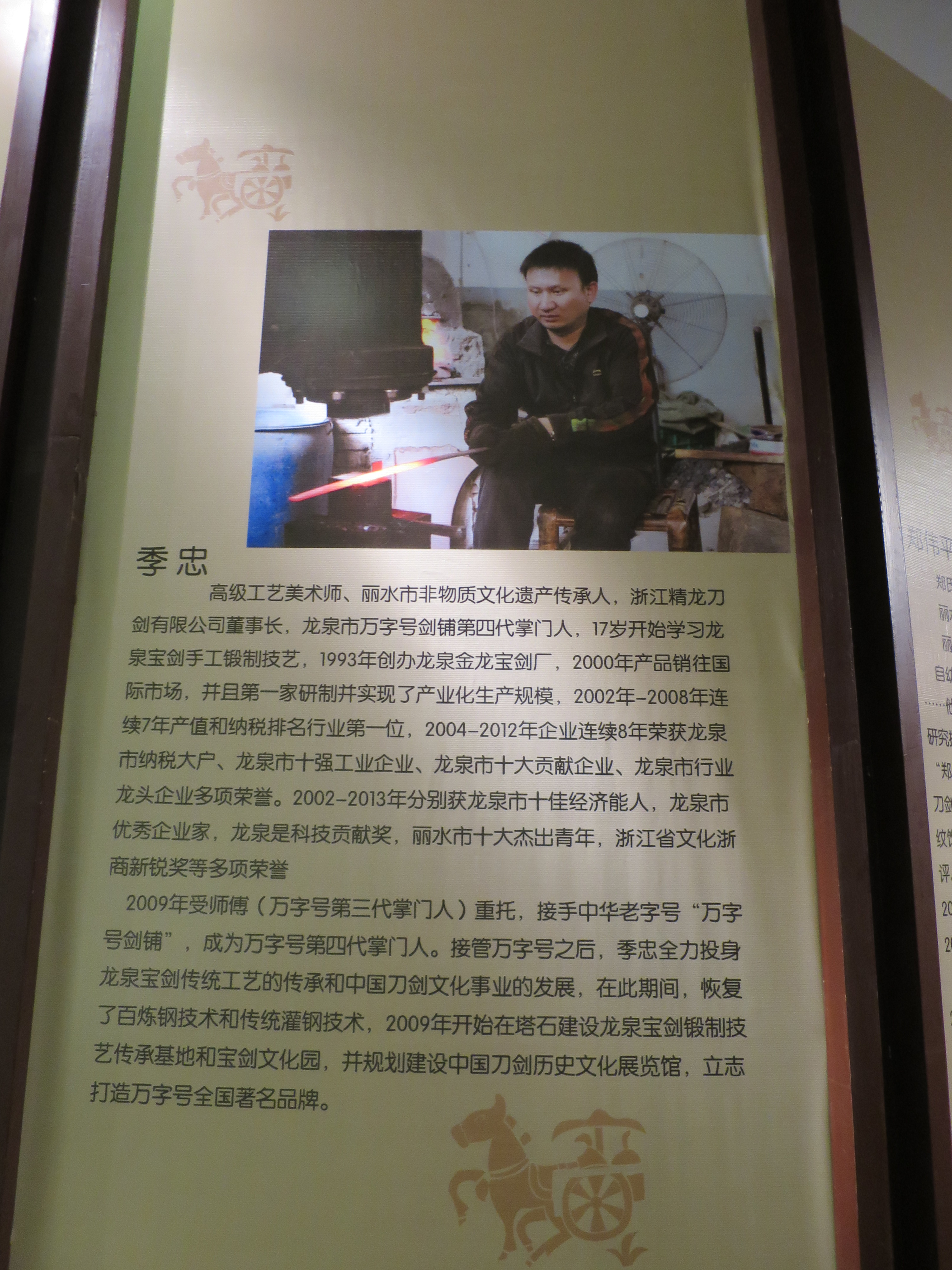 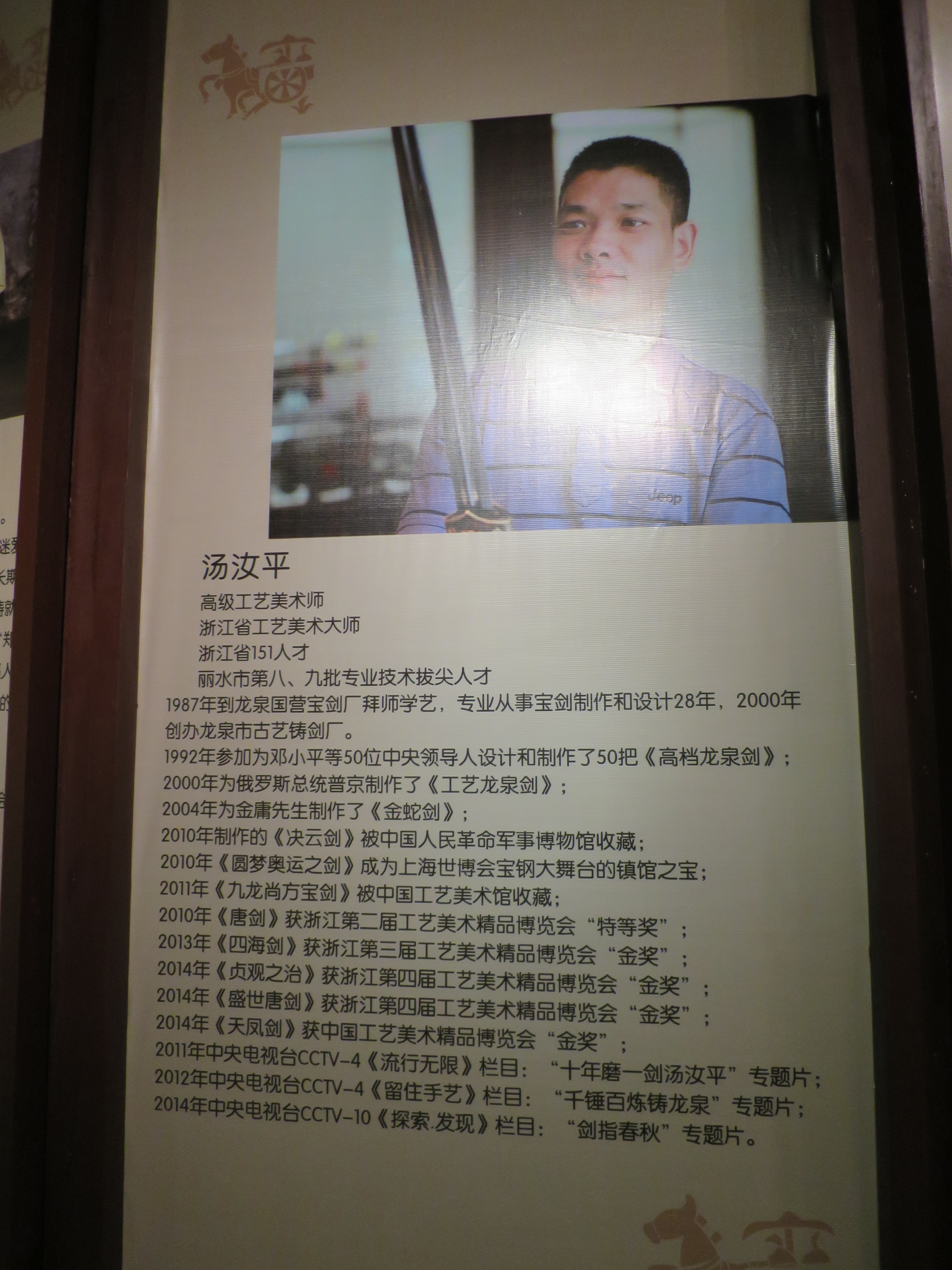 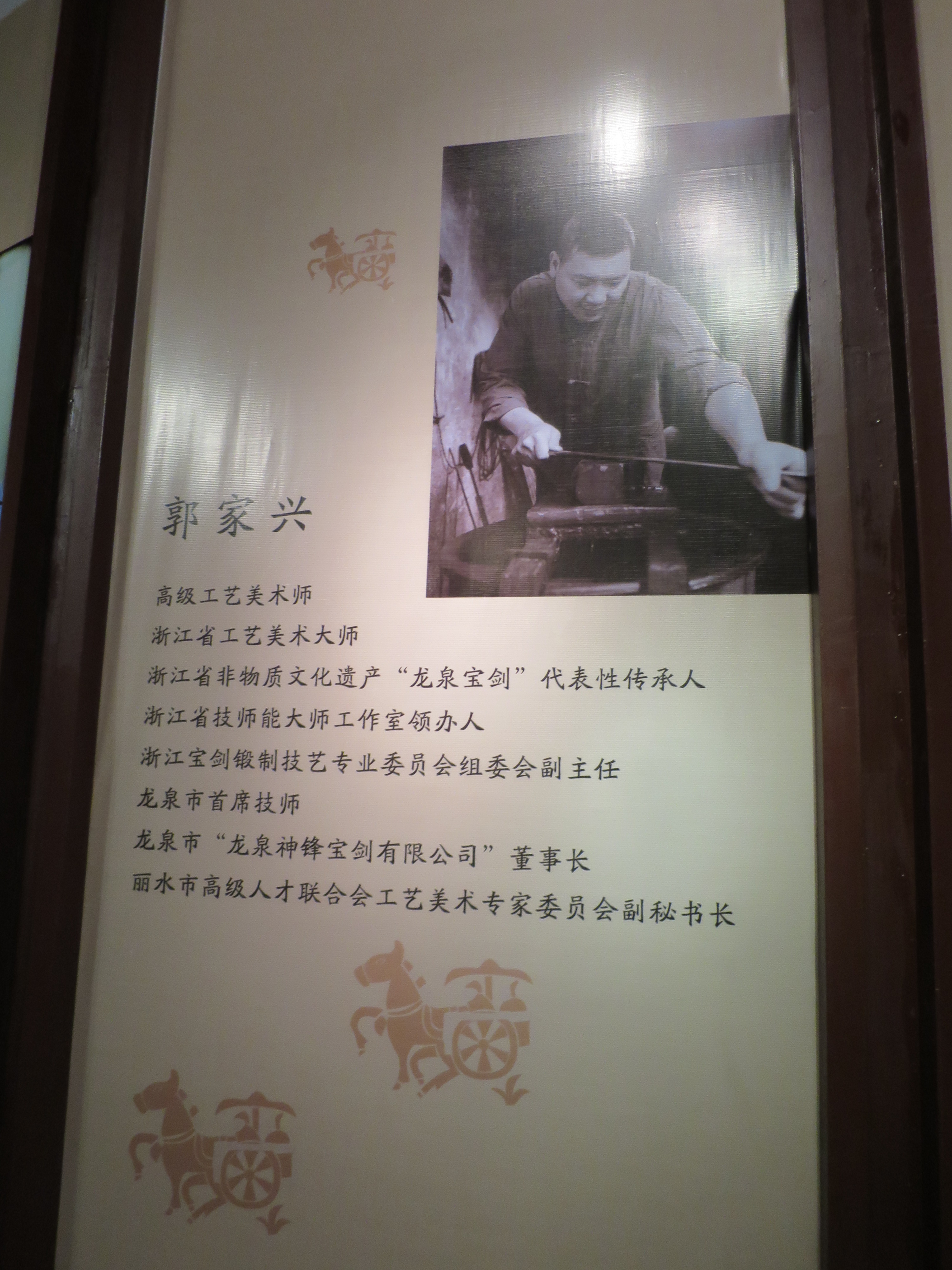 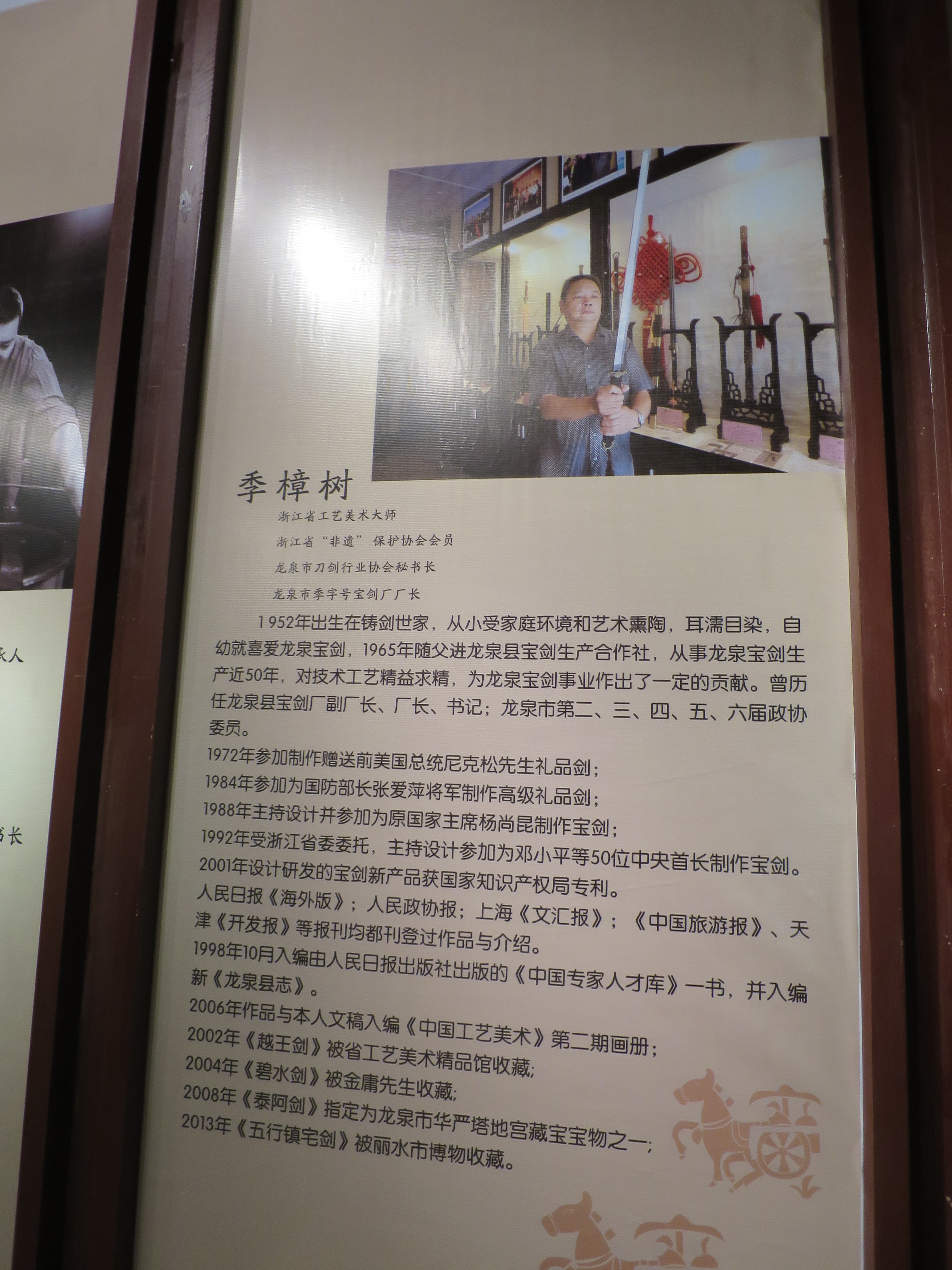 Zhangshu Ji - Rank two smith. Grew up in a sword making family. In 1972 was chosen by the Chinese to forge the sword presented to US president Richard Nixon as a state gift upon the opening of China to the United States. 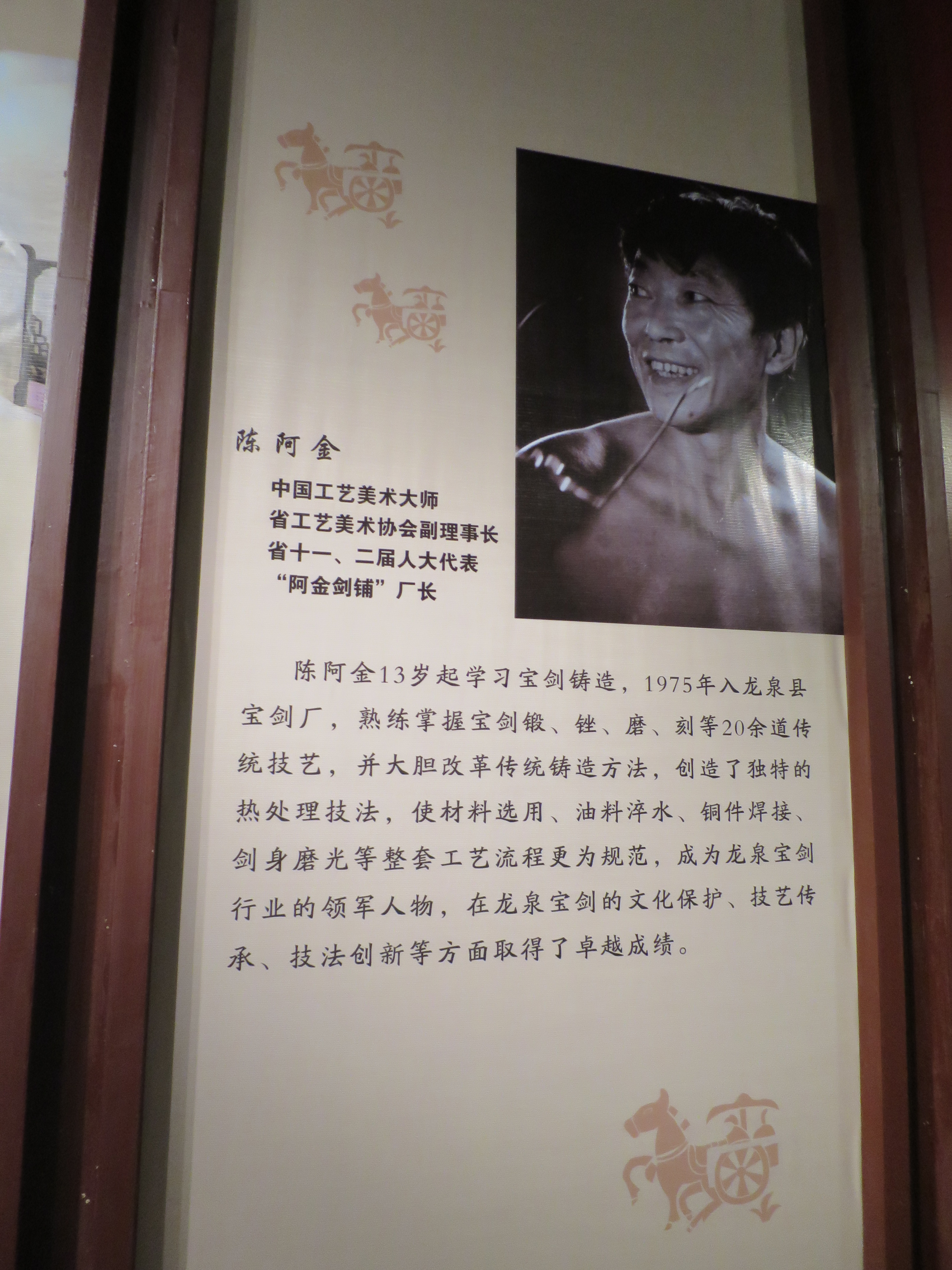 Ajin Chen - Rank three national treasure smith. One of the most famous smiths in Asia, his swords have commanded prices north of $1,000,000USD. Apprenticed at 13 years of age. His personal pieces are forged by hand. He does not use power tools. 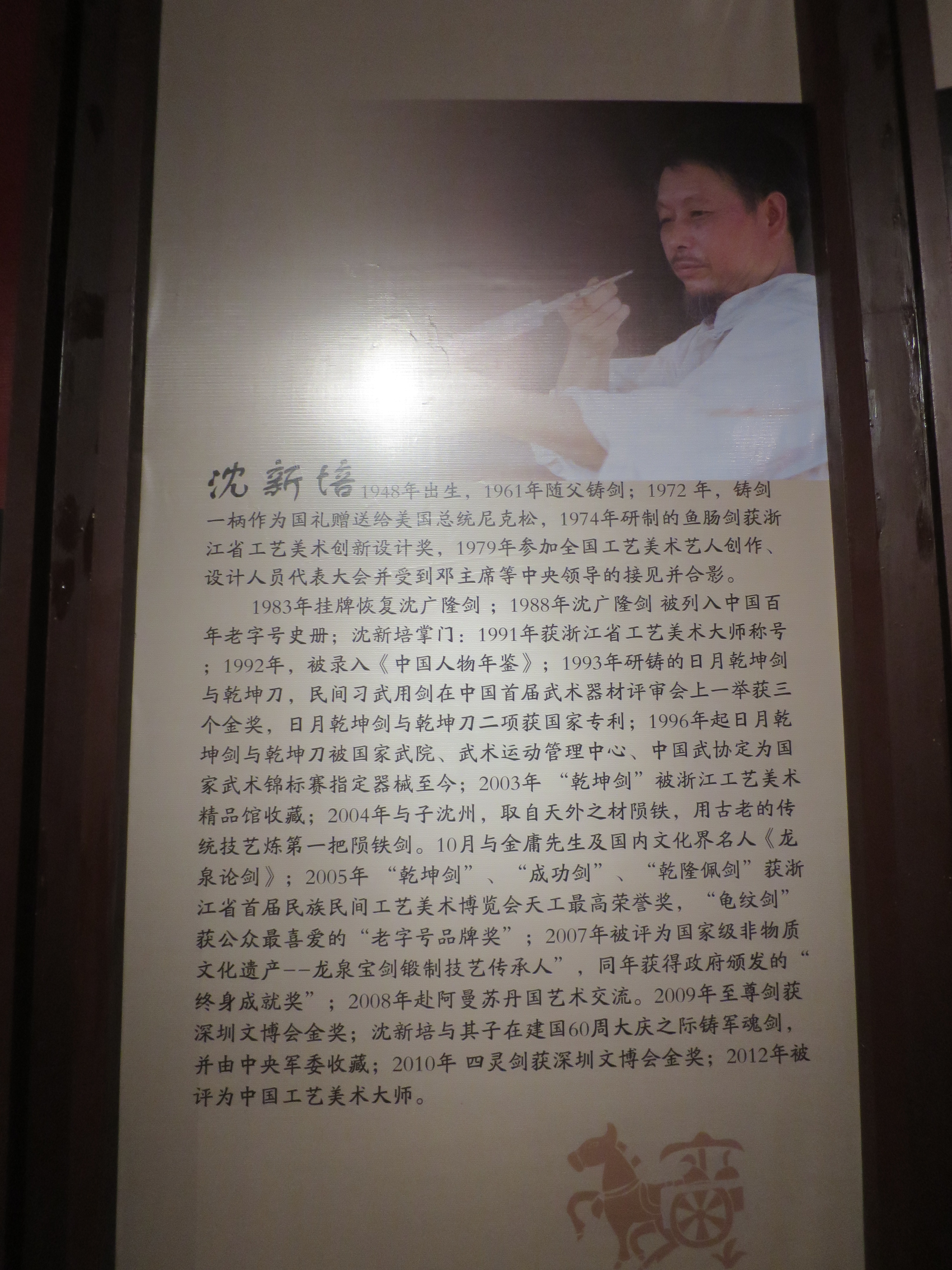 Xinpei Shen - rank three national treasure smith. He owns Shenguanglong, one of the largest sword factories in China, He is famous for Taiji swords, and is considered the worlds leading expert. In 1972 he was chosen to present a Taiji sword to president Richard Nixon as a gift to the American people. His family is noted as one of the most famous sword making families in Chinese history, with an unbroken smithing lineage stretching back hundreds of years. Personal swords forged by him are considered nearly priceless in China, and are rarely available for sale. 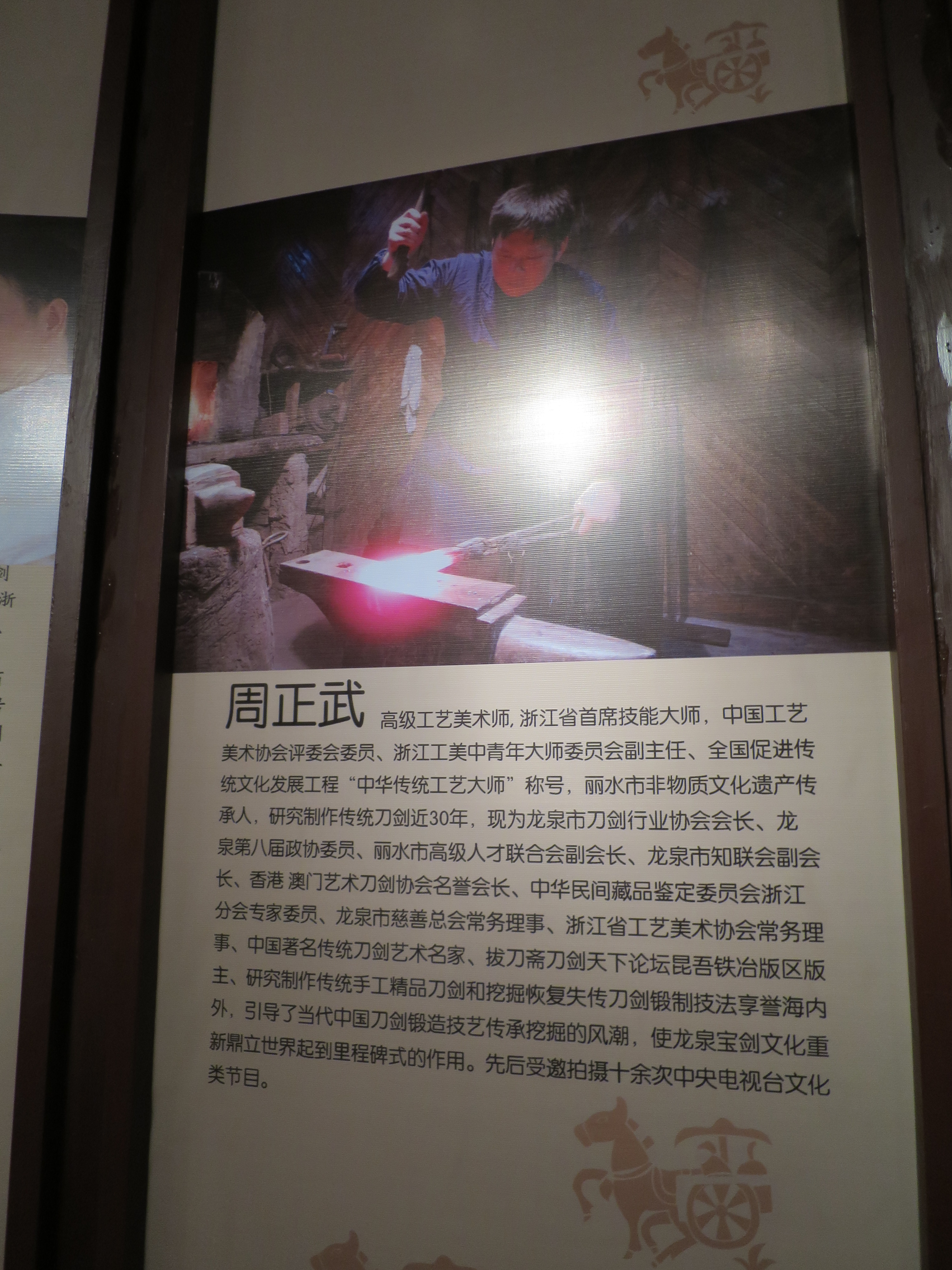 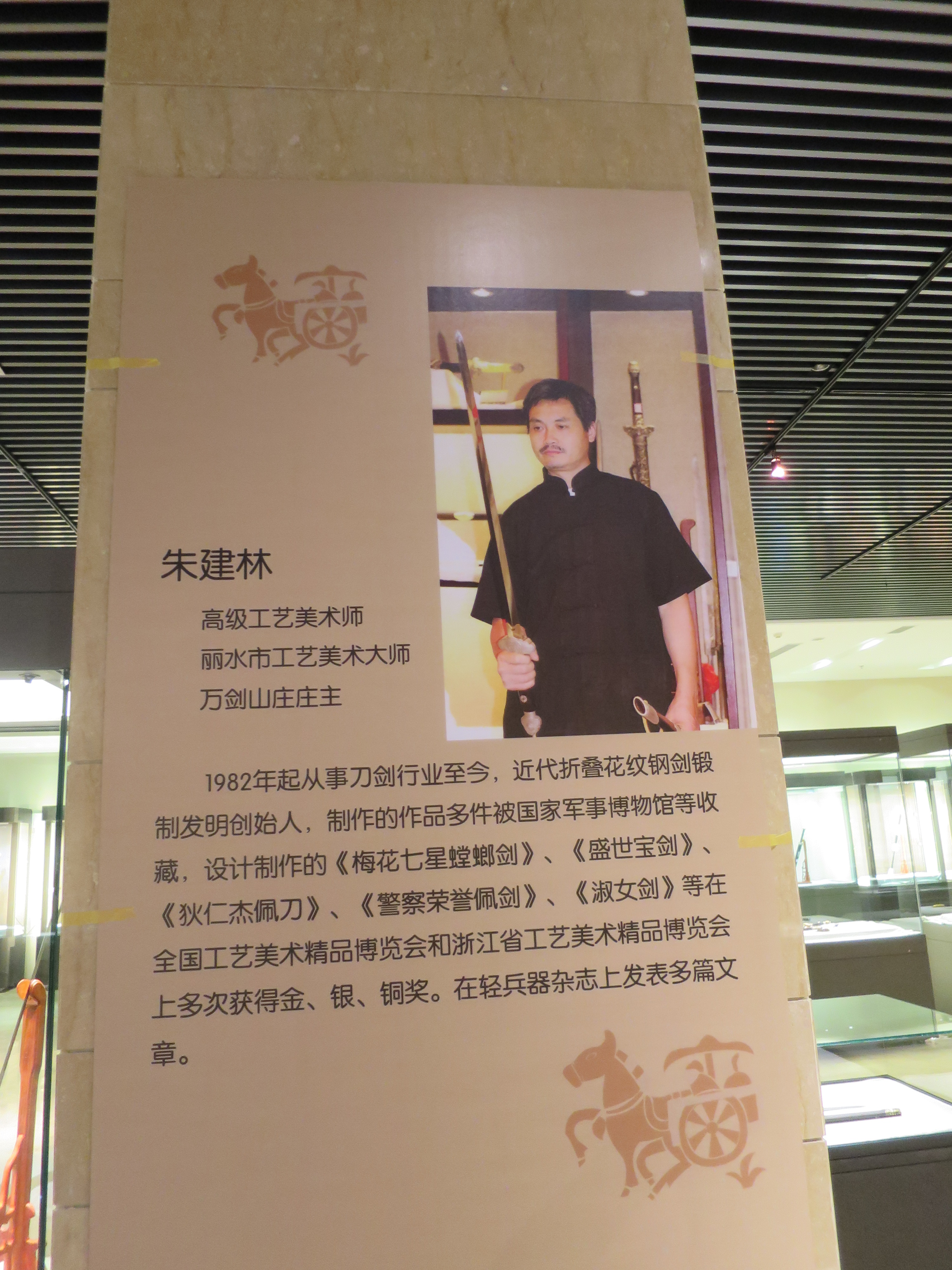 Jianlin Zhu - Rank two (pending rank three) master smith. Very famous in China. He has had several books written about him due to rediscovering sword arts that were considered lost. He still bangs out swords in his factory by hand. Swords personally forged by him command high prices. He has been awarded multiple gold and silver medals. Master of rank two smith Weiping Zheng and rank one smith Ye Jie. 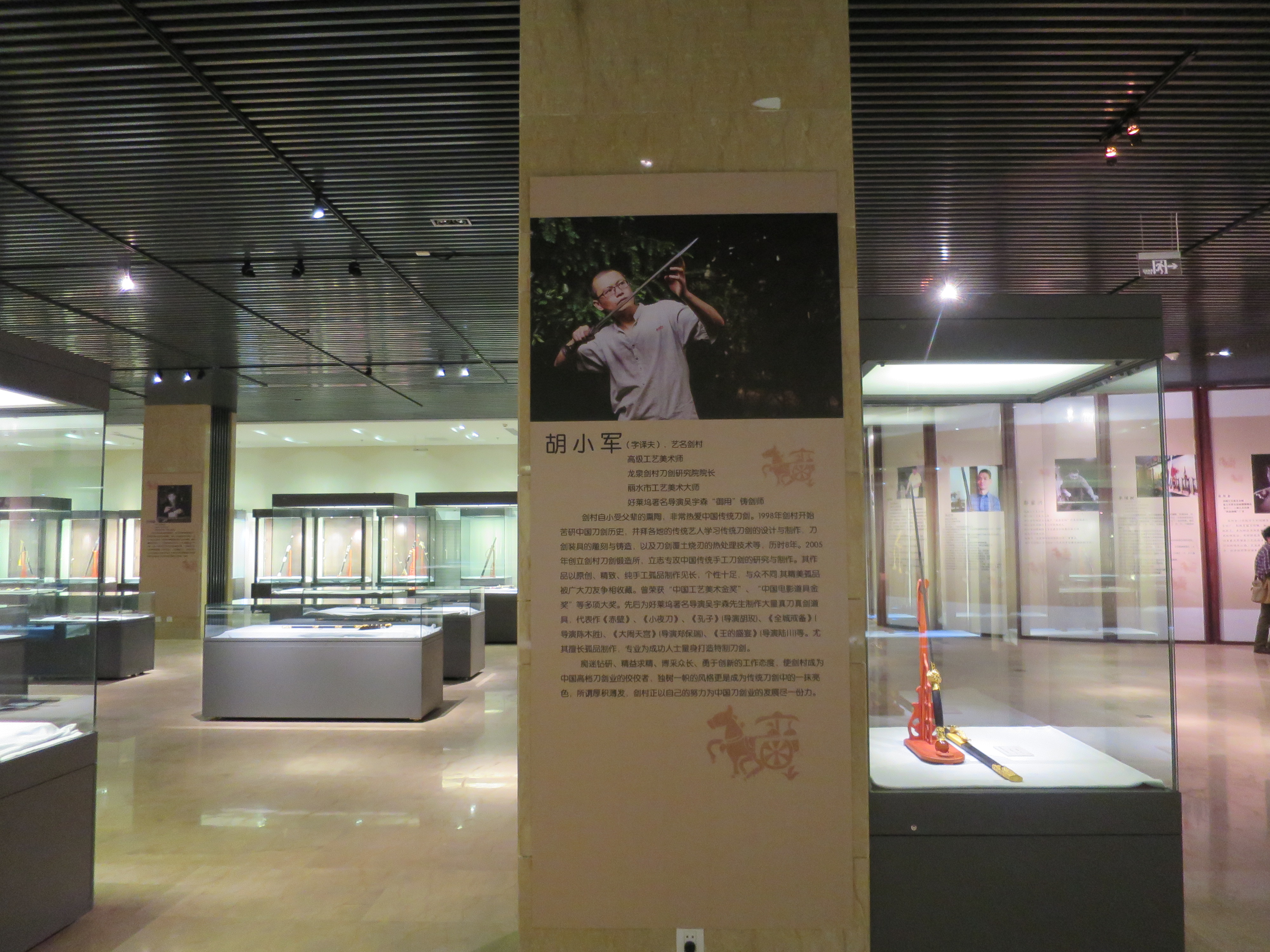 Xiaojun Hu - Rank one smith. Former sword smith at Hanwei forge in Dalian. Owner of Jiancun forge. He has made swords for multiple TV shows and movies. His prices start around $5,000USD.